I needed some spare parts for the engine I bought:

I tried Roadrunner Motoren in Arnhem, but annoyingly they wanted to know the license number of the bike so they could look it up in their system, but obviously its not in a bike, let alone a dutch registered one so that wasn’t going to happen. I tried with the engine number but my experience with calling [help]desks told me that it was time to cut my losses.

Took the car to hotrod to get it on the rollers, worked out quite an expensive afternoon but was well worth it, the emulsion jets, main jets, idle jets, and pump jets were all changed, power was up from 114hp to 122hp (And climbing) at 6000rpm which was nice. The midrange has been transformed though, much more torque, and gentle throttle openings are much more responsive now. One carb could do with an overhaul and a new bearing as its sticking, so I’ll take that off and replace the bearings soon. 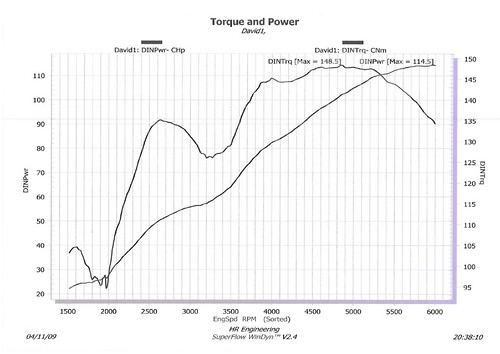 It was over fuelling around 3500rpm causing a big power dip. New emulsion tubes and main jets made a big difference: 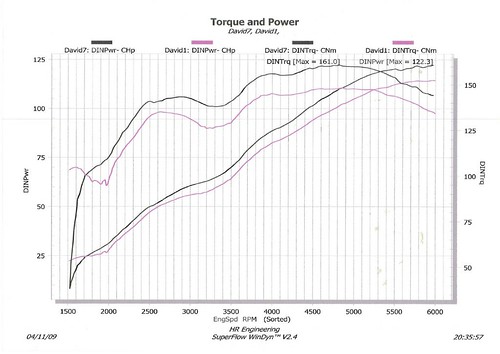 Never without a drama, i turned around from the car to go and do something else and was immediately covered in hot coolant, the pipe split between the thermostat housing and the manifold, I guess because its now at a slight angle since I’ve put the new manifold on, managed not to soak the dyno or computer thankfully. I replaced it with some thicker straight hose and an elbow which Fred had spare. I wonder if that was were my coolant was going.

I’ve been driving the fury daily this week as the weather has been outstanding, and its doing well, the alternator appears not to be charging properly at the moment although its still starting etc, possibly a loose wire, broken ammeter, or broken alternator so will have a look. The gearbox is also moving on its rear mount so I need to brace it somehow.

Trying to get the engine to fit, but its not happening for some reason. The manifold hits the top rail on the N/S, if i move it further to the O/S then it hits the top rail for the pedal box, if I move it forward, there’s no plate to bolt the mounts onto. Much confusion.

I’ve cut down the mounts where I can to give me more room and once I have the right holes made, I’ll weld the right brackets back on, but its turning into a palava now as I want it low, as far back as possible, level, and exactly in line with the reverse box which is now fitted, I’d like to make up some spacers for the reverse box so that it doesn’t use shims to get the height. I’ve decided to put the reverse box in such a position so that the angle between the horizontal and vertical of both prop shafts is the same to reduce the amount of angular displacement, and subsequently the vibration as each prop shaft turns. The alternative is to have the smaller one do most of the vibrating as its smaller and lighter this may be better.

Both props are adjustable length, and I can change the shims in the reverse box, so I can change my mind on this relatively easily.

Now I have all the suspension bits, I decided to bleed the brakes, didn’t make a very good job of it for three reasons, the first was that the bleed screws didn’t appear to let fluid out of the hole at the top where the hose goes onto, but rather around the threads which makes a total mess. It turns out I was doing it wrong and I was unscrewing not the bleed screw, but the thing the bleed screw screws into, so I will try again and do it properly.

Secondly, I use an eezibleed because I’m impatient and I don’t like messing around with people pumping pedals and chanting traditional chants whilst facing east. However, the kit doesn’t have a fitting for the Girling reservoirs i have, so i took a spare lid, cut a hole in it, and fitted it with the adapter, i tested the pressure with the airline and it all looked good, screwed it in and connected it to the air line (Still at 15psi.) shortly afterwards, I was drenched by a torrent of dot 4 fluid as I’d forgot to put the rubber seal back in the lid before I screwed it on.

Lastly after much faffing around, I couldn’t get the air out, and so started cleaning up fluid, it made a right mess, but the reality was it was probably less than half a pint of fluid. Just as I finished tidying up I realized that the calipers had two bleed nipples per side (4 in total) I’d left the wheels on, and forgot there are inner and outer nipples at both top and bottom. What a plonker I felt.