Has been slow, lots of things getting in the way of moving forward, engine wiring has stalled, i can’t seem to find a fault, and am wondering if its the ECU. I also have an oil leak (Joy) from the o ring in the sump, so that needs to come off and be fixed.

I’ve been trying to get little jobs done, but have been plagued by broken parts, wrong sizes, shorts, the seven has current priority, but am aiming to get going again in a month or so. I am making progress with the dashboard though. 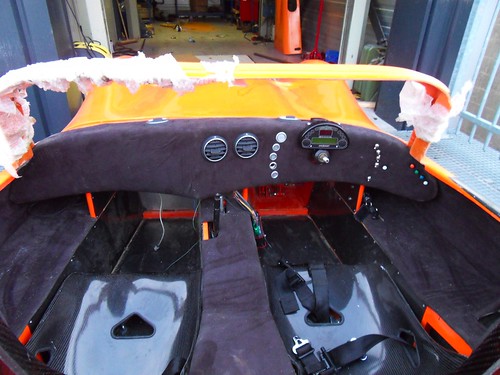 Despite the seven going belly up en-route, we entered the Mazda, it was pretty good fun, we were doing 1:9s-1:11s with Edwinas, and my lap times were consistent throughout. Paul had a small off, failing to turn left into the Edwina chicane but didn’t clout anything which is the main thing. 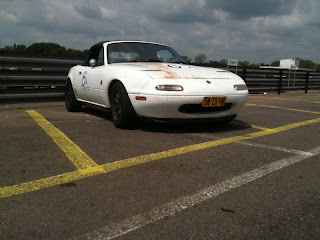 The car held up ok, however post Cam belt change the (new) fan belt gave up after 2 hours and we had to repair that, and a split hose which cost us about an hour. In the afternoon the rear tyres were off, so we rotated the inside and outside rears which made the car much more drivable.

People were very friendly and we got a lot of encouragement throughout the day. We were pretty fast through Gerard’s, but just didn’t have the power to get the speed up the hill towards the hairpin, so we did find ourselves out-braking people into the hair pin, being overtaken down the hill, then overtaking them again round Gerard’s which made things pretty interesting.

Lotus had a clear win, with some good driving and team management. We were the only mx5 to finish (out of 3 starters) and came mid way up the finishers which was good enough for us. In all honesty i was just glad we didn’t bend it, or worse, vomit in our helmets like some copilots.

Despite being thrashed incessantly for 4 weeks through morocco resulting in only self inflicted trauma, the seven has now left me stranded by the side of the road twice in 3 weeks. The first through a head-gasket problem, the second due to something big going bang. 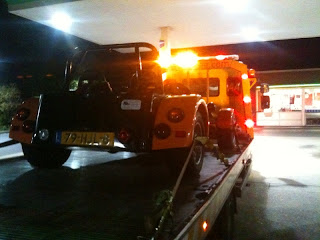 The end result is that the block, crank, rods and head are back at Jem Engines, where they will be cleaned, bored/ground/skimmed and balanced, before being sent back for the final build. In preparation for the six hour at Mallory I thought I should try to put as many miles on it as possible, sadly following the two dry days in March, there hasn’t been much dry weather in Holland since which meant getting out in the car has been difficult at best and not possible the rest of the time. 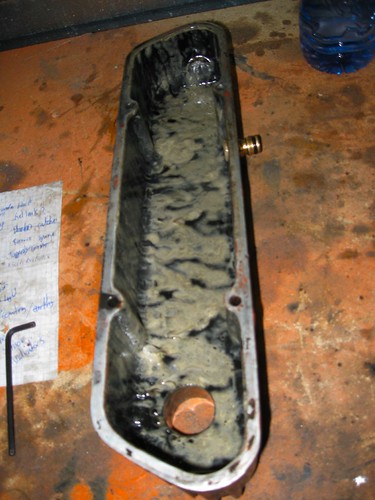 The weather in Western Germany, and Luxembourg was due to be not-wet, so off I set, laptop running auto-tune in the passenger seat, following the Waal/Rhine over the border, then heading cross country towards Trier, the TomTom provides a lovely route, (Set max speed to 40kph) about 4 hours into the drive, somewhere near Aachen, I came into a small town and as I slowed down into traffic, and up to a red light, i noticed the engine was stumbling a little, queue comedy smoke screen as the revs fell to idle and i had to nurse it to keep it from cutting out. 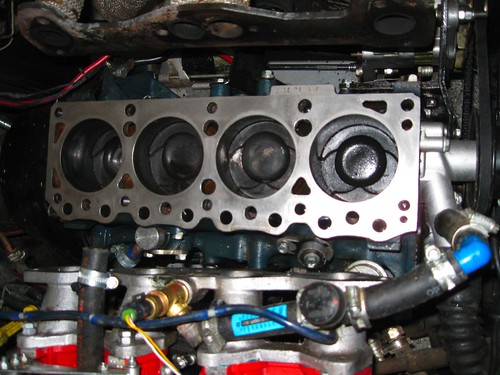 I could feel my hand rushing towards my wallet as I thought of all the possibilities, but when i realized it was just a head-gasket, my next thought was to get it to Holland so I could be recovered directly home. I was about 60km from the dutch border, so I hopped on the Autobahn direction Maastricht and hoped for the best, about 5km later the temperature shot up, so i pulled off, cooled down and poured in 3 liters of water, queue more comedy smoke at idle, but was fine for another 38km where i had to do the same again (Thankfully, i was feeling thirsty earlier.) I made it about 10km over the border before it was out of water again, and managed to pull into a service area to call the ANWB. 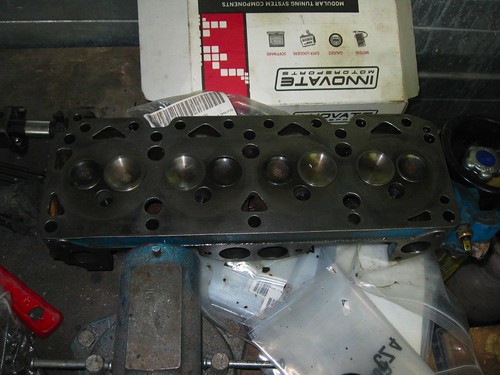 I then spent 4 hours waiting on the ANWB, who got lost, then sent a guy that couldn’t tow it, who got his mate with a beaver tail that didn’t fit the car….. In the end it made it on a flat bed, after my ordeal by the side of the road, I was only just able to cope with 3 hours of dutch country music in the truck home. 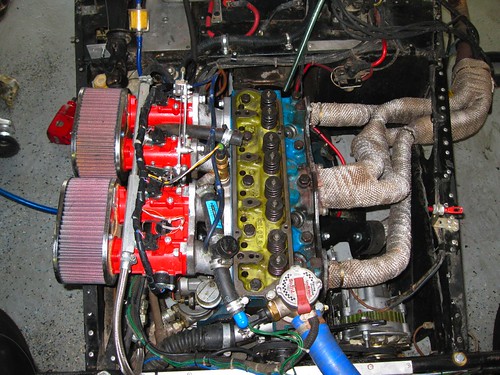 The gasket had failed, and was repaired the next day. The following week I was due to take it to the UK and park it up at Paul’s house in preparation for Mallory meaning i could fly in in Thursday night, get in the car Friday, and all would be fine. I set off, everything was going well, then on the M2 I noticed oil pressure was a little lower than normal, I assumed it was just the thinner oil I’d used post-head gasket, but pulled over to check there was still some in it, there was, so off I set again. I got to my favorite spot on the M25 when there was a funny noise, the engine changed pitch, and overheated whilst i did a 4 lane dash, at this point i noticed i barely had any oil pressure and had that sinking feeling.

I ditched the car, and spent a long time on the phone to the ANWB to try to get recovered, in the mean time i noticed that i was getting enormous blow back out the crank case breather, this was going to be expensive.

The car was then recovered and despite every mechanic trying to tell me it was the fuel pump, or a wiring fault, despite me explaining that this thing called an immobilizer was cutting the connection because they hadn’t wiggled the fob…. Its back in Holland now, there is a lot of metal floating in the sump, so it looks like a bearing had failed either as a result of low oil pressure, or possibly the root cause. I’ll continue stripping it down and hopefully figure it all out soon.