I fitted the rear diffuser today, it runs the full width of the car, and starts at the rear bulkhead running flush with the rear of the bodywork. Its bolted on with M5 rivet nuts, however as it should be an aerodynamic aid providing some down force, i wanted to make sure it didn’t flex. I’ve added three tubes bolted in place at the rear to pull down on the bodywork. The look is growing on me, at first it looked a little bit too MaxPower, but its wearing off. As it will count as above the floor line, it needs to have a radiused edge, so I’ve added some U trim to protect Mr IVA man and his delicate little fingers. 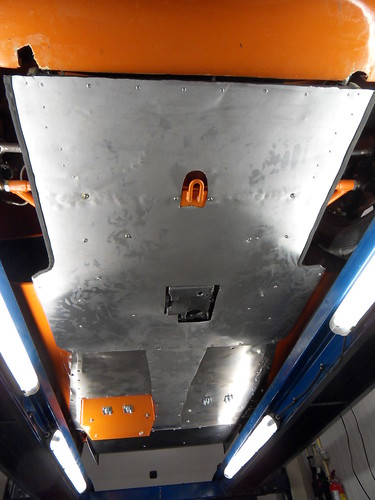 At the front I fitted a bit of right angle aluminum to eliminate the gap between the bodywork and the floor, you don’t notice it, but I want to force air in the front of the car through the nose, not through the floor where possible. I added some U trim around the aluminum floor to protect me and my delicate little fingers. 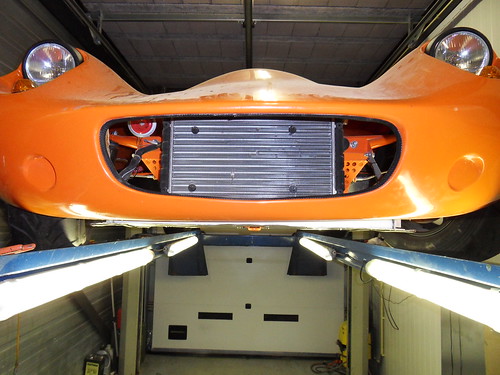 I removed the side pods and cleaned up all the dust in them, and bolted down the bonnet clips. It took ages to get a good shut line again after I put them on, so I hope I don’t need to do this too often. The floor is now complete, and I think it looks pretty good.

Inside I fitted the heater hose, I then decided there wasn’t enough air coming out the vents so added another hose at the other end which required some cutting and shutting of the fixtures and fittings, but now provides a bit of a blast when the fan is on.

I added a T-Pull handle for the fire extinguisher, its within arms reach under the center console, but well out of the way in case it gets pulled accidentally. 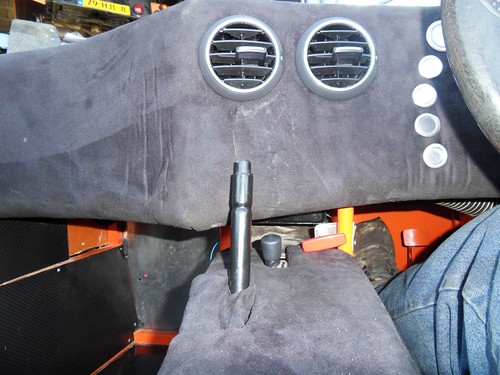